In the past 18 months, the COVID-19 pandemic has accelerated movements that had started many years ago, slowly but steadily. With no other choice than to embrace change, people and companies had to adapt quickly to the new world COVID-19 had created. One of these movements that was happening in the background was the idea that one day, remote work will be the norm because it makes so much sense at so many levels. 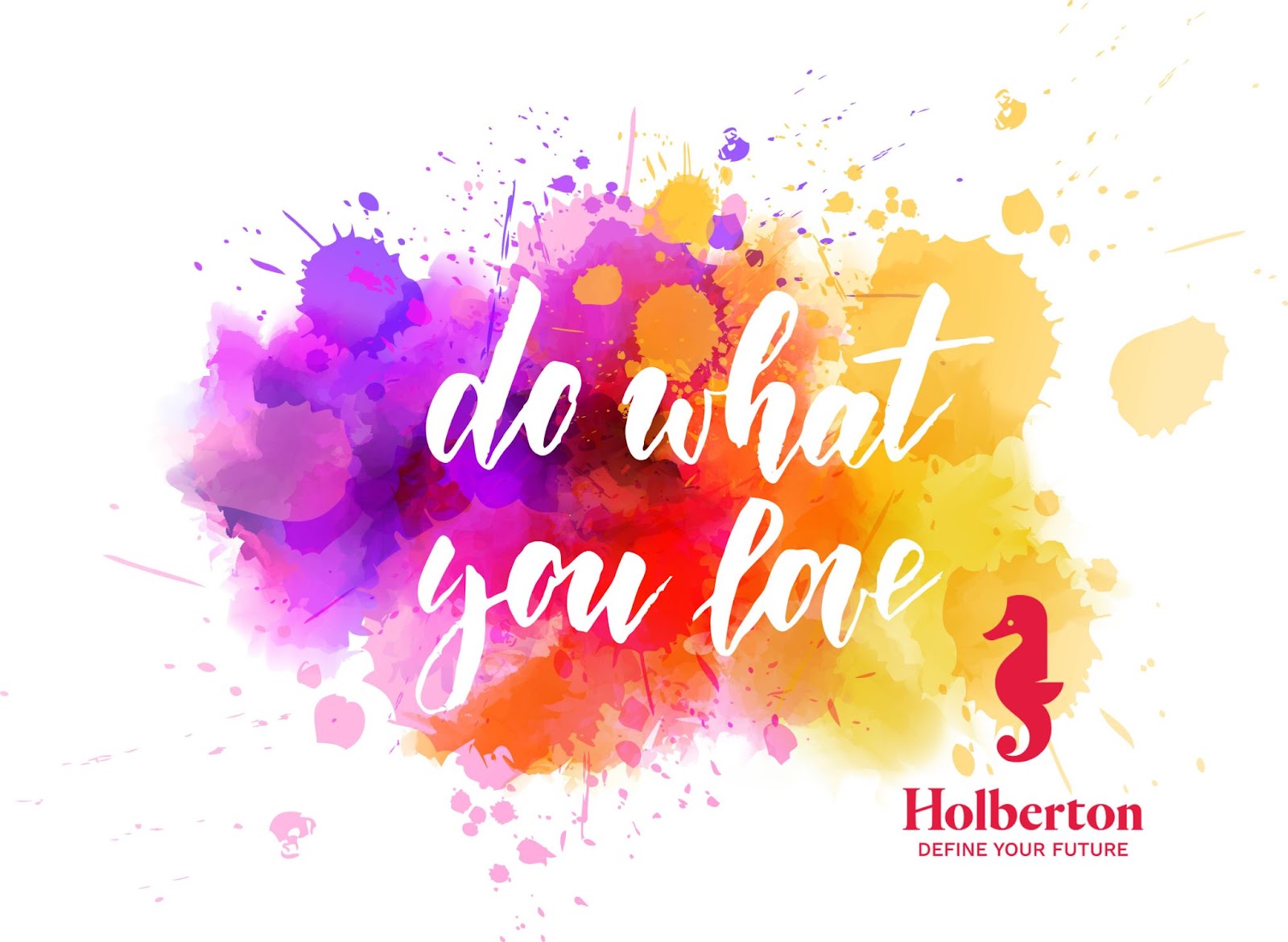 In the US, vaccinations have been working well, and fortunately, we are seeing a deep in the number of cases. This is great news for all of us, and hopefully, we will see the same trend soon all over the world. While remote was hard at the beginning for many of us, we had the time to really measure all its advantages. And it is not a surprise to us that we see both companies and employees embracing it.

Even though it is now possible to go back to the office, many companies such as Dropbox have become remote-first companies. At the same time, we see employees quitting instead of coming back to the workplace. Thanks to technology, many of us can now work from anywhere, and who wouldn’t take the opportunity to stop wasting time commuting? It also has allowed people to relocate next to their loved ones, to more sustainable regions, less expensive and/or more welcoming states and cities. In the US, Miami is one of the big winners of this trend.

It also allows people from poor countries to have access to better jobs and, by extension, a better life. Latin American workers are now going to compete with US workers, and the same will happen with African workers competing with European workers. While this might not sound like good news for silicon valley developers, it will allow companies to attract talent on a global scale.

Big VC and big money believe that this is not temporary and that this is actually the beginning of a new era for work. So they have invested hundreds of millions of dollars in remote-work-focused companies. Remote work is here to stay, and companies like Teamflow, Firstbase, Deel, and others are riding that megatrend, solving specific challenges remote work is coming with.

But being remote doesn’t mean workers should be alone at home all week. Actually, one of the many other things that the COVID-19 pandemic highlighted is that we crave for social interaction. We are social animals first; this is what defines us, this is how we survive, how we evolved, and we need to interact with each other. The lack of interaction did bring anxiety and depression to a new high everywhere. People want remote jobs, but with in-person social interactions. They want to move, be able to go as often as they want to an office next to where home is, to recharge their social and energy batteries, to interact, brainstorm, and have fun too.

That is where and why WeWork will make its come back. And it will be a strong comeback. While many are saying the company is dead, we believe that it is actually one of the important pieces of this new remote-work era and economy. It will allow workers to work from wherever they like and have access to a community near them. It will allow companies to offer their employees an office that will be flexible and fully managed by WeWork. And with the flexible office comes the people and the social interaction, 100% on-demand for the employees. It comes with access to a network, in-person friendship… life! Companies which will offer this to their employees will be able to compete to hire the best.

It is in this context that Holberton Schools operator and partner Coderise has partnered with WeWork to offer our students access to WeWork spaces around the world. The alliance will initially benefit students from Colombia and the Netherlands. Eventually, we would like to expand to all other countries where Holberton Schools operate. In Africa, another Holberton partner, Sayna, has also started to work with other co-working spaces in Africa to give access to an office and internet to their students.

This is a big net positive for our students, who will now be able to work from any WeWork location with their peers. Not only that, but they will be directly connected to the current workforce: developers, managers, and companies who are looking for talent will see first-hand what our students are capable of, and we believe that it will help tremendously with placement. This opens the doors to many and deeper opportunities between Holberton School and WeWork.

We believe that remote work is the future. Teams will be more and more remote and distributed. And we believe that remote doesn’t mean alone. People, workers or students, will always need in-person interactions to perform better. Thanks to this partnership, our students will be able to experience this future of work while learning and get used to a flexible and distributed work style, giving them a clear advantage while searching for a job once they graduate.

Last but not least, this partnership will also enable Holberton Schools to open micro-campuses. It will permit us to increase accessibility because many more students will be able to access a campus around the world.

For all the reasons stated above, we are more than excited about this partnership. “Do what you love,” and indeed, we can see that our students are already loving it!

We are proud to announce we have been named to The GSV EdTech 150, which recognizes the world’s leading, most transformational education technology companies.

We were chosen from among 2,000 venture capital and private equity-backed private companies across several evaluation factors: revenue scale, revenue growth, active learner reach, international reach, and margin profile. GSV estimates that these 150 companies together reach approximately 3 billion people — close to half of the global population — and generate approximately $20 billion in revenue.

GSV launched its inaugural list of leaders in education technology in 2020 with the EdTech 50, and with rapid growth in the sector, increased this year’s list to 150.

“The Holberton School network has been providing a first-rate, software engineering education to many students around the world, with an education focusing on learning how to learn, in order to train them for the 4th industrial revolution. The Holberton team is delighted with this recognition, but I want to dedicate this award to our Holberton partners and Holberton Schools’ staff around the world, who are dedicated their lives to help their students,” said Julien Barbier, CEO, and founder of Holberton. “The world faces an increasing tech talent gap, which we are helping close one school at a time.”

“Congratulations to Holberton School for being selected for the GSV EdTech 150,” said Deborah Quazzo, managing partner of GSV. “When we launched the EdTech 50 last year, none of us knew the impact that a global pandemic would bring to education. COVID-19 brought 1.6 billion learners online overnight, ushering in the dawn of digital learning, and those we recognize today certainly met the moment. Holberton School has responded to unprecedented demand and growth with what GSV calls Weapons of Mass Instruction — and we look forward to seeing what you do next.”

To arrive at its listing, GSV evaluated more than 2,000 venture capital and private equity-backed private companies across several factors:

The GSV EdTech 150 list is evenly distributed between three major groups: Life-Long Learning, Higher Ed, and K-12. K-12 leads with 33% of the top 150 companies, with another 13% in blended K12/Higher Education companies. Workforce Learning and Adult Consumer learning together account for 37%, with Higher Education at 14% and Early Childhood at 3%.

The GSV EdTech 150 list is evenly distributed between three major groups: Life-Long Learning, Higher Education, and K-12. K-12 leads with 33% of the top 150 companies, with another 13% in blended K-12/Higher Education companies. Workforce Learning and Adult Consumer learning together account for 37%, with Higher Education at 14% and Early Childhood at 3%.

North America — specifically the United States — is the leading geography within the EdTech 150. North America accounts for nearly half of the list, with China and India at 18% and 10%, respectively. These markets combined represent over 73% of those included. Europe, the Middle East, and Africa are represented by 15% of the listing, with several high-quality, fast-growing companies such as Photomath, OpenClassrooms, Brainly, and GoStudent. Latin America — and specifically Brazil — is showing strong early trends, with Hotmart, Descomplica, and UOL EdTech all experiencing impressive growth.