Blog Holberton School > Student Life > How is it like studying Computer Science as a women, in 2022? 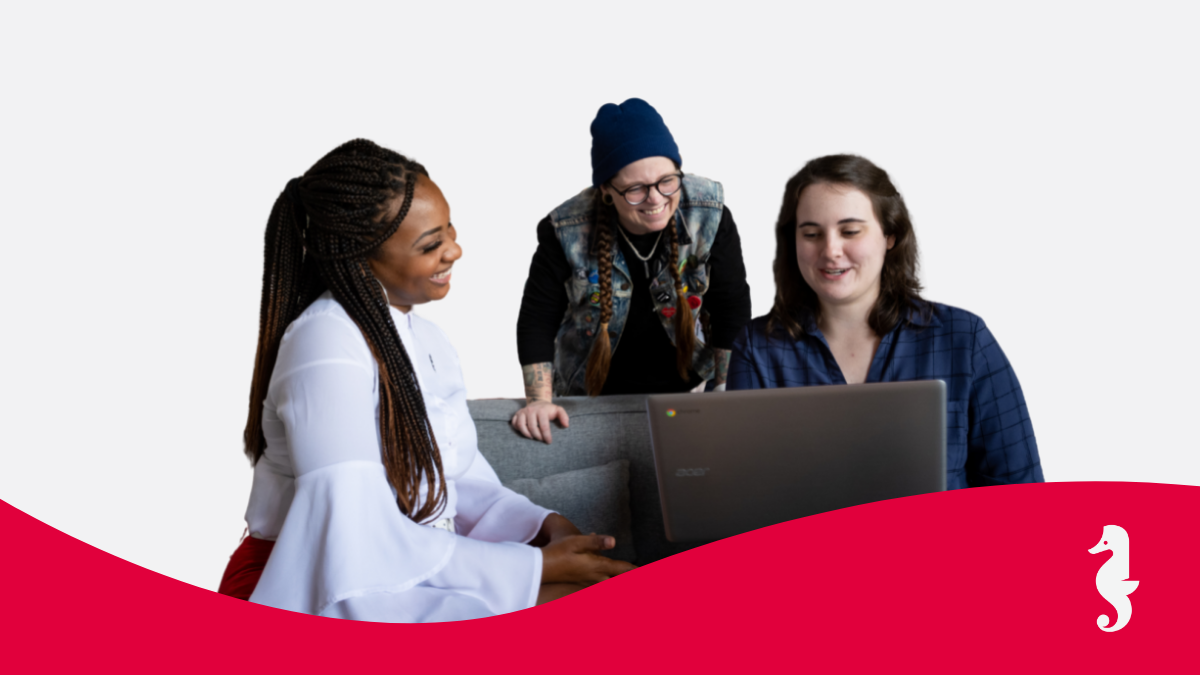 How is it like studying Computer Science as a women, in 2022?

International women’s month is the occasion to focus on our female students across the world. For decades, the tech world suffered from cliches, and it’s not a secret that women are underrepresented in this industry.
What is the situation? What do our students think about that? Why did they choose this path anyway? Is it hard for them? Why is it important to have more #WomenInTech?
Since our first campus opening, ¼ of our students are women. It’s still far from 50% but we are proud of this number.

As they are entering the tech industry, and as leaders of tomorrow, we asked our student, women from different campuses, origins, and ages, and gathered some of their very interesting answers here.

We’ll focus today on the cliches about women, how we break them, and their feeling about entering the tech world as a woman.

Do you have any cliches of women in tech?

For a long time, women suffered from cliches about their strength, physical appearance, their abilities.
They were meant to be kind and gentle, they had to help the children, take care of the house, and didn’t have time to take computer science courses.
But it’s a little bit prehistorical, nowadays women are strong and independent, and are raising their voices to claim gender equality.

Ana R: “There was always the perception that women were less able to understand technology”

This is hugely changing with time, thanks to women who demonstrated their value and broke those cliches.
Generally, the cliches are not that strong, tend to disappear with time and some of our students didn’t have any. But the men’s references and their facility to raise their voices made them models more than women.
We also find more women in tech positions nowadays than ever before, thanks to cultural changes and the realization that women have always been capable, but not heard as much as they should have been.

Paula C: “Before I started in Holberton my referents were men in tech, but now I learn that there are many many women in the tech world, not just as developers, but also as CEO or Directors.”

So let’s all raise our voices to empower those successful women! We need to give a spotlight to every success, not only the male ones.
Because we strongly believe in Holberton School that any individual is able to do so much.

How do you feel about entering the tech world as a woman?

Our students generally feel scared, fortunate, excited, and proud. So many opposite and different feelings! Let’s explore them and try explain why.
The majority of ladies that have worked in male-dominated environments have felt excluded, unsafe, and uncomfortable. It’s mainly because they are more men than women working in tech, it’s a fact. But the tendency is tending to disappear.

Working in a historical men-dominated environment can be hard…
For example, in the Khouloud A. cohort, they were 7 girls and 20 boys, so the ratio wasn’t equal, and the predominance of men could sometimes be an issue. Entering the tech world as a woman means finding more men on your way, but first of all partners to work and to share knowledge with.

Some of the students interviewed are feeling proud to be women entering this world. Because they are opening new doors to the next generations and showing others the path to follow. As new leaders and models, the women in tech are changing the world and showing the others what they are able to do.

Ons J : “The feeling of playing a part in designing the new tech and improving the world is the best part of it.”

The tech industry is also a fast-evolving field, so there will always be something to do, create, invent, design to make things move forward. To do this, men & women will be needed and will have to play a role in the big changes the market will face.
Changes also means opportunities, and women will be in the front row to show they are more than able to rock it.

Yazmin G: “I’m so excited about the world full of opportunities that exist in this industry.”

There are so many opportunities for our students in the tech world, and we are so proud of helping them to reach their goals. Women have to trust in themselves and their abilities because they are capable of so much!

Our next article will focus on Women making a change in the tech industry and how our students can take high positions. Stay tuned for more women empowering content!

Change your future too in one of our cohorts: https://www.holbertonschool.com/