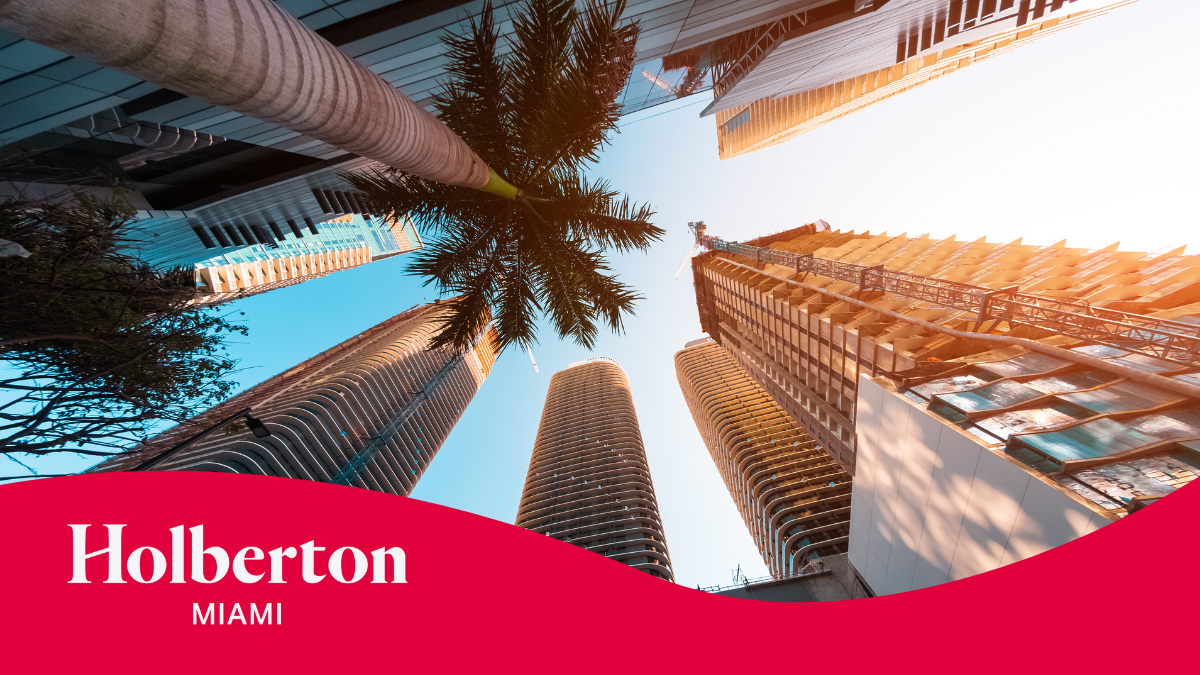 Holberton School Miami will open its doors in 2023!

After opening schools worldwide, and as part of our global expansion, the Holberton School network is coming to Florida, opening a campus in Miami in partnership with Coderise!! We are delighted to bring Silicon Valley Grade Engineering education to such a boiling and promising Tech Hub!

“We have been partnering with Coderise since 2018. We are thrilled to open this first campus in Florida in partnership with our historical partner and Pioneer of the Holberton School Network. Coderise will operate this new school in Miami. Holberton is born in San Francisco, west coast, and now we are going to the east coast. Miami is one of the most active places in the Tech world. We are proud to be part of this remarkable ecosystem, and Holberton School students will be part of it as contributors and makers of the tech’s future”, says Florian Bucher, CEO of the Holberton School Network.

Ranked 9th Most Innovative City in 2021, Miami has become a hot spot for technological innovation, with job growth increasing by 14% over the last five years. According to Forbes and Tech Hub South Florida, the South Florida Tech Ecosystem is in high demand for software engineers, computer programmers, artificial intelligent developers, and other tech positions, with four-time more job postings than hires.

To help fulfill South Florida’s need for tech talent and widen the potential talent pipeline for tech employers in the area, Coderise is partnering with Holberton to open Holberton School Florida in Miami.

“Together with Holberton School, we seek to change the future of hundreds of young people who choose to learn computer programming. We promote the learning of both technical and soft skills to best prepare the talent that companies need today with proven knowledge worldwide”, says Hernando Barreto, Executive Director of Holberton School Florida in Miami.

Well established, the partnership between Coderise and Holberton School has already proven its success in Colombia. With four running schools in Bogotá, Cali, Barranquilla, and Medellín, Holberton School Colombia has already trained more than 1000 students, thus fulfilling IT positions at Globant, Rappi, MercadoLibre, Techstars, Torre, Microsoft, and other international companies.

Starting on February 6th, 2023, Holberton School Florida will initially provide two programs, with a duration of three trimesters (9 months) each. The strong curriculum offered in the programs for Software Development and Machine Learning has the Silicon Valley caliber, where Holberton School was born. Although the programs will grant only diplomas (no college-accredited degrees), the high level of training will allow the Holberton School Florida grads to enter into well-paid jobs in the IT industry with the knowledge and skills that local and global companies are looking for.

“Holberton School Florida is open to everybody with a passion for learning software and changing their future, but we also have great interest in promoting the talent of women, Latino, and black minorities, which have been underrepresented in the high-tech jobs scene. For this reason, we are offering partial scholarships for members of those minorities”, says Gloria Blanco, Director of Admissions at Holberton School Florida in Miami.

Application are already open! Check it out!