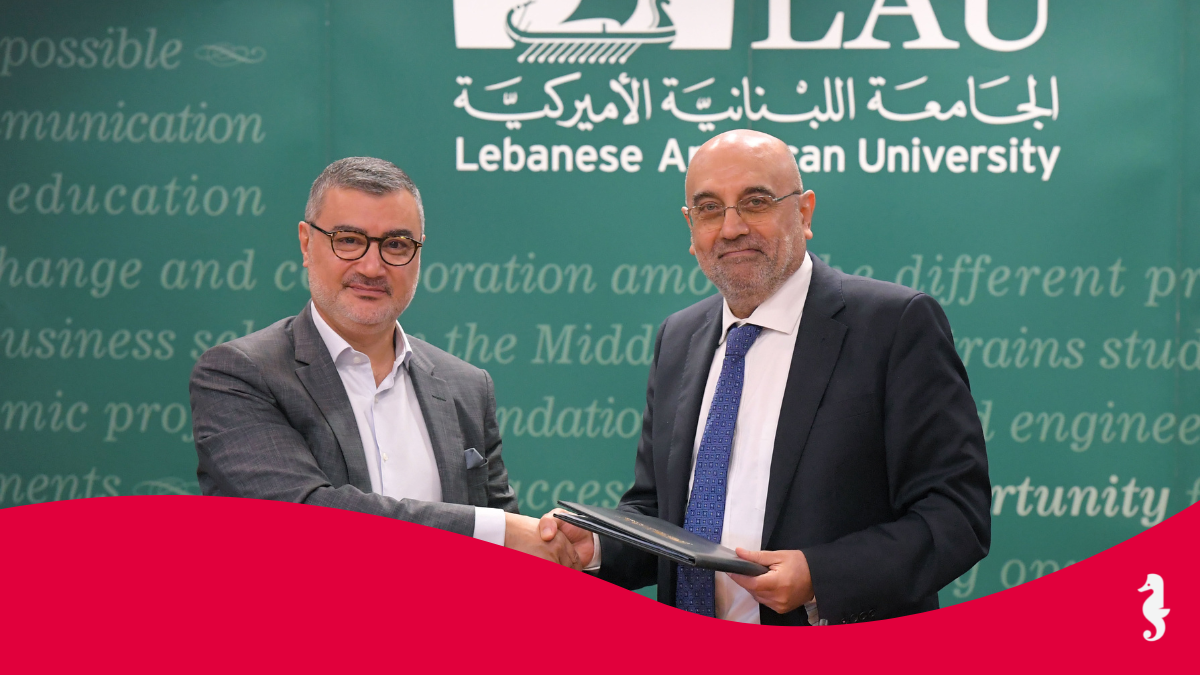 Holberton is now partnering with LAU in Lebanon!

In its latest move to enhance the career prospects of Lebanese youth in a globally competitive job market, the Lebanese American University decided to partnered with Holberton. The partnership was made possible by Lebanese businessman Alexandre Harkous who gifted LAU the Holberton Lebanon license he held through his fintech company StartechEUS.

Since July 2020, Holberton Lebanon has trained more than 90 students enrolled in different specialization programs. The first upcoming cohort at LAU-ACE will be starting with Blockchain as of March 6, 2023.

“We are very proud of this partnership with a great organization and great people at LAU. With these two new openings In Lebanon and New York, I really want to establish a strong partnership with LAU to join our strengths. We have more than 10 years’ experience training great software engineers in Silicon Valley, Europe and Latin America, and LAU has a very strong network and a great community of students in the Middle East.” said the CEO of the Holberton School Network Florian Bucher.

By opening a Holberton School in Lebanon, one of the best capacity-building and training programs in computer engineering, LAU would be “empowering Lebanese technology-driven students, and giving them the opportunity to grow, thrive and realize their potential by equipping them with the required skills to compete in the local, regional and international markets,” said Dr. Elie Badr, vice president for Business Development and Global Affairs. In the current situation in the country, he added, “we believe that the impact of Holberton school programs will provide a positive role in the Lebanese economy.”

At the signing ceremony on December 20, Provost George E. Nasr, representing LAU President Michel E. Mawad who was called away on a trip, conveyed the president’s delight in the university’s association with Mr. Harkous and in this collaborative agreement “which is aligned with the university’s mission to help the workforce of tomorrow and meet the requirements of the new generation.”

Mr. Harkous, who left Lebanon in 1985 for Paris and worked as a computer engineer in Europe and the US, returned to Lebanon in 2019, when he decided to purchase the Holberton Middle East license through his company StartechEUS. His reasons for doing so, he said, were because he “wanted to give back to his country and the Lebanese youth, secondly because nothing happens without technology nowadays, and thirdly because one had to be surrounded by the best people to deliver.”

Holberton, he added, is a sustainable school that is growing, and he was “more than happy to give it to LAU because we trust you to make sure that it helps the next generation.”

LAU-ACE is offering the programs at a more affordable price than any other Holberton campus around the world, and the university is working on securing full scholarships from different foundations to help Lebanese tech students enroll.

The programs will be housed at LAU’s Academy of Continuing Education, based on the Beirut campus, where a dedicated team of faculty and staff will provide support from a local perspective to software engineering issues, onboarding assistance during the first week, monitoring and guidance during Peer Learning Days, and mock interviews.

Ready to #DefineYourFuture? Applications are already open. Check it out!