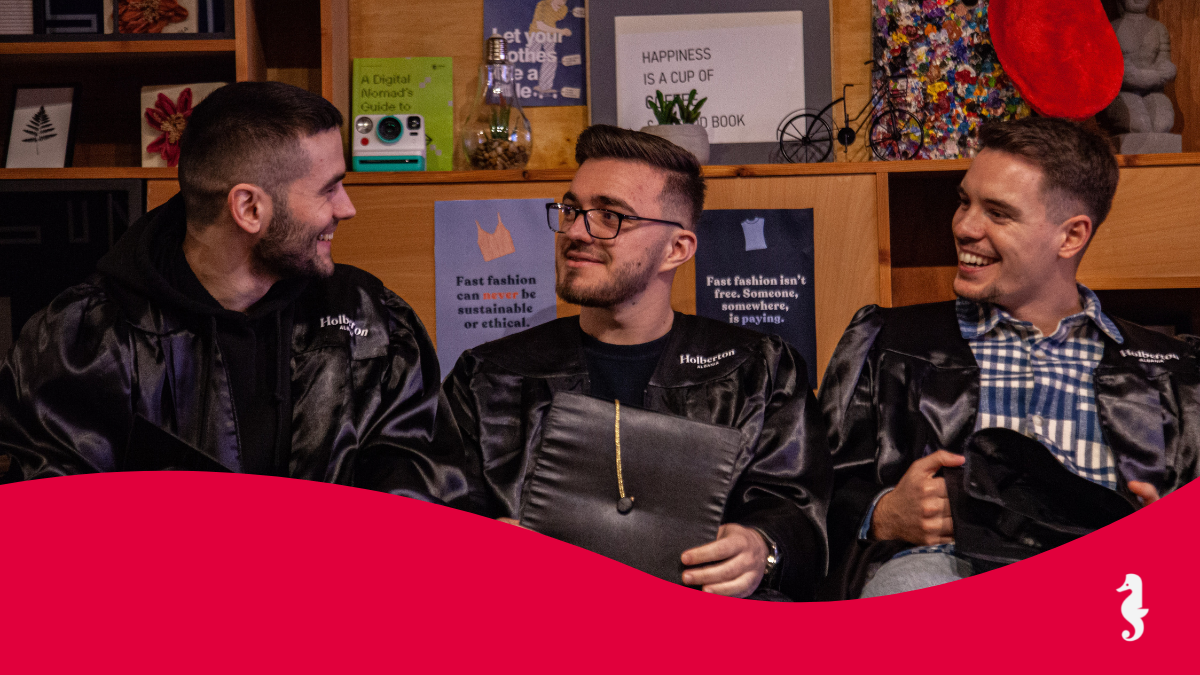 Tirana’s first graduation ceremony was the kind of event one can remember! Students gathered with peers, family, and staff for this first convivial edition after the nine first months of serious and intensive learning!

CEOs of large software companies in Albania, such as Aleksander Risilia from Ritech International AG, Akil Rajdho from RPay, and Genti Selenica from Baboon, among others, attended the event. They have closely followed the progress of Holberton graduates.

A lot of distinguished guests were there as well! It was the right time for students to start building their professional network! Bora Muzhaqi, Minister of State for Youth and Children; Edona Bilali, Minister of State for Entrepreneurship Protection; Eduart Shalsi, Chairman of Economy & Finance Committee, highlighted the importance of innovative tech schools such as Holberton in training high-quality software engineers.

“After following this 9-month intense foundation of Software Engineering program, I am today super comfortable in my professional Tech career! I am now a front-end developer at RPAY!” – says Arenc Palluqi, alumni of C17

Students got great jobs with top companies in the industry, like Ritech International AG and RPAY, and one has agreed to join Holberton Albania as a trainer of future cohorts. All of them decided to keep going with their learning journeys and chose to specialize in front-end, back-end, and full-stack web development. They will continue to study while working for local companies!

“Who would have thought I would come this far when I joined Holberton? Although I was still in high school, many of my friends were thinking of starting university, but I went for the risky choice, a school that had proved its worth over the globe and a school that would open its first campus in Albania. It has been nine months since then. Nine incredible months of dedication and hard work led to last Thursday, a special day for me because I graduated from Holberton School Albania. […] I will gladly say the experience was a success, and I announce that I will further my education with the specialization program.” said Kristjan Seraj, a student from C17

“No better way to get equipped in a way that allows one to live in wonderful Albania but with western jobs and salaries. I’m grateful that key government leaders (and, more importantly, real thought leaders) came to support us. Thanks, Eduard Shalsi, Edona Bilali, and Bora Muzhaqi, among other key people who came to celebrate this milestone with us. Great work, team!” said Grant Van Cleve, co-founder of Holberton School Albania

If you want to be part of the Holberton School family, registrations are already open to join the next session on February 6th, 2023.