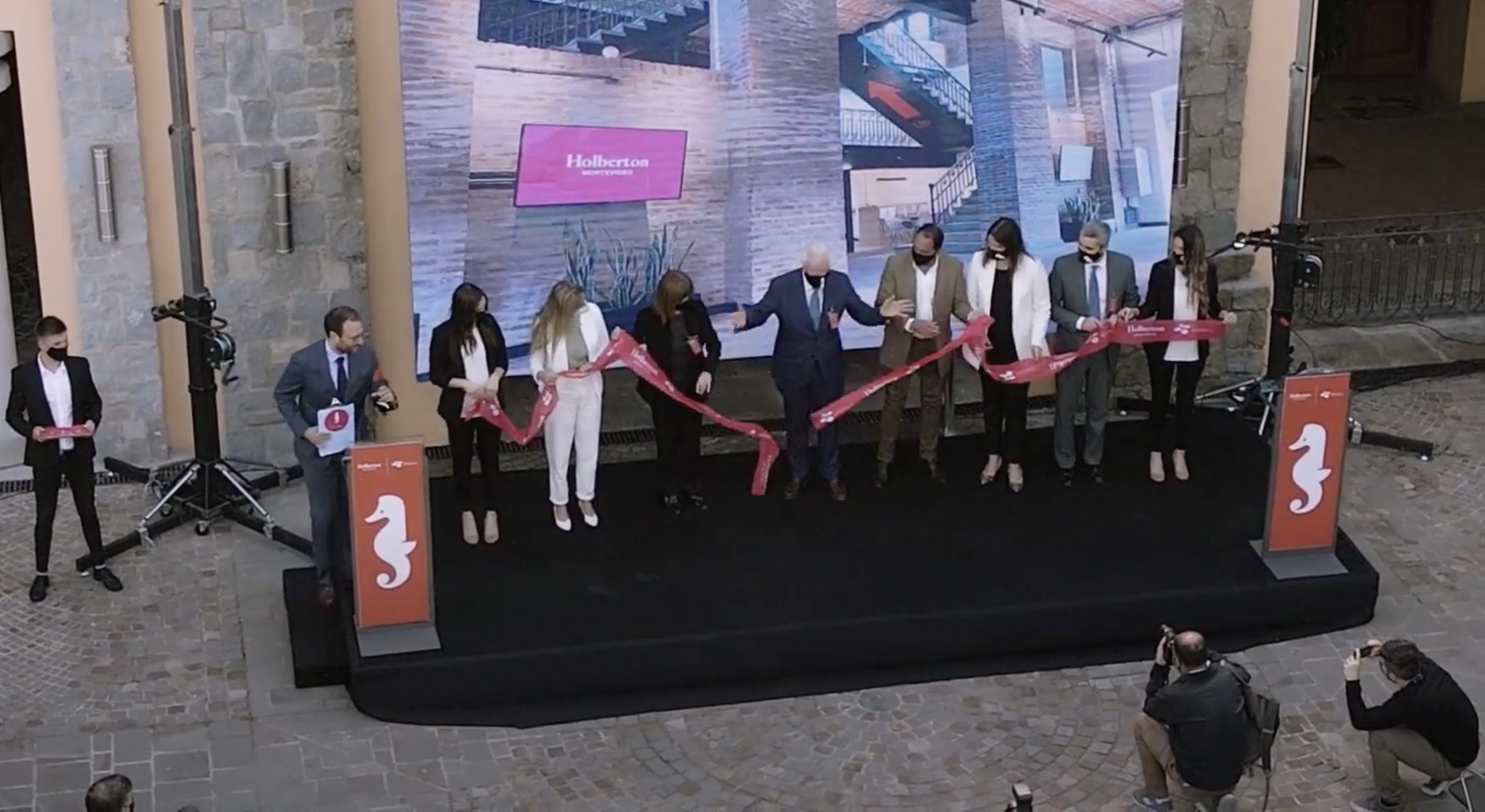 Holberton School Uruguay, alongside Fundación Zonamerica, hosted a ceremony to celebrate the inauguration of its Montevideo campus in Jacksonville – which welcomed its first cohort in September.

Fundación Zonamerica’s mission is to develop and promote innovative training programs and cultural activities that allow people to learn new skills that will enable them to work for the most prestigious and internationalized companies in Uruguay.

Uruguay Minister of Labor and Social Welfare, Pablo Mieres, emphasized the role played by Zonamerica and the foundation about training Uruguayans.

“The initiative of creating a Holberton School in Uruguay is a reaffirmation of a fundamental value of the country, which is having people always create innovative ideas. The experience of this establishment in Uruguay is a symbol that shows the way forward in the right direction to follow between training and employment for a wealthy, state-of-the-art country that looks toward the future.”

Uruguay lacks tech talent; while the country graduates 800 software engineers per year, companies need 2,500 of them. Therefore companies have to train internally or hire abroad. The tech sector is adding $1.7B to the economy every year.

“We do not have a digital gap in the sense of infrastructure, since we can count on fiber optics, a submarine cable, a data center, the Ceibal program, which are the base to continue building starting from them. That is why I welcome and congratulate this project because I consider that these types of initiatives, from the public and private sector, have to continue blooming”. Said Carolina Cosse, elected Governor of Montevideo.

The ceremony and campus were video-recorded via drone