Blog Holberton School > Student Life > How deep learning and drones can save the world from asteroids? 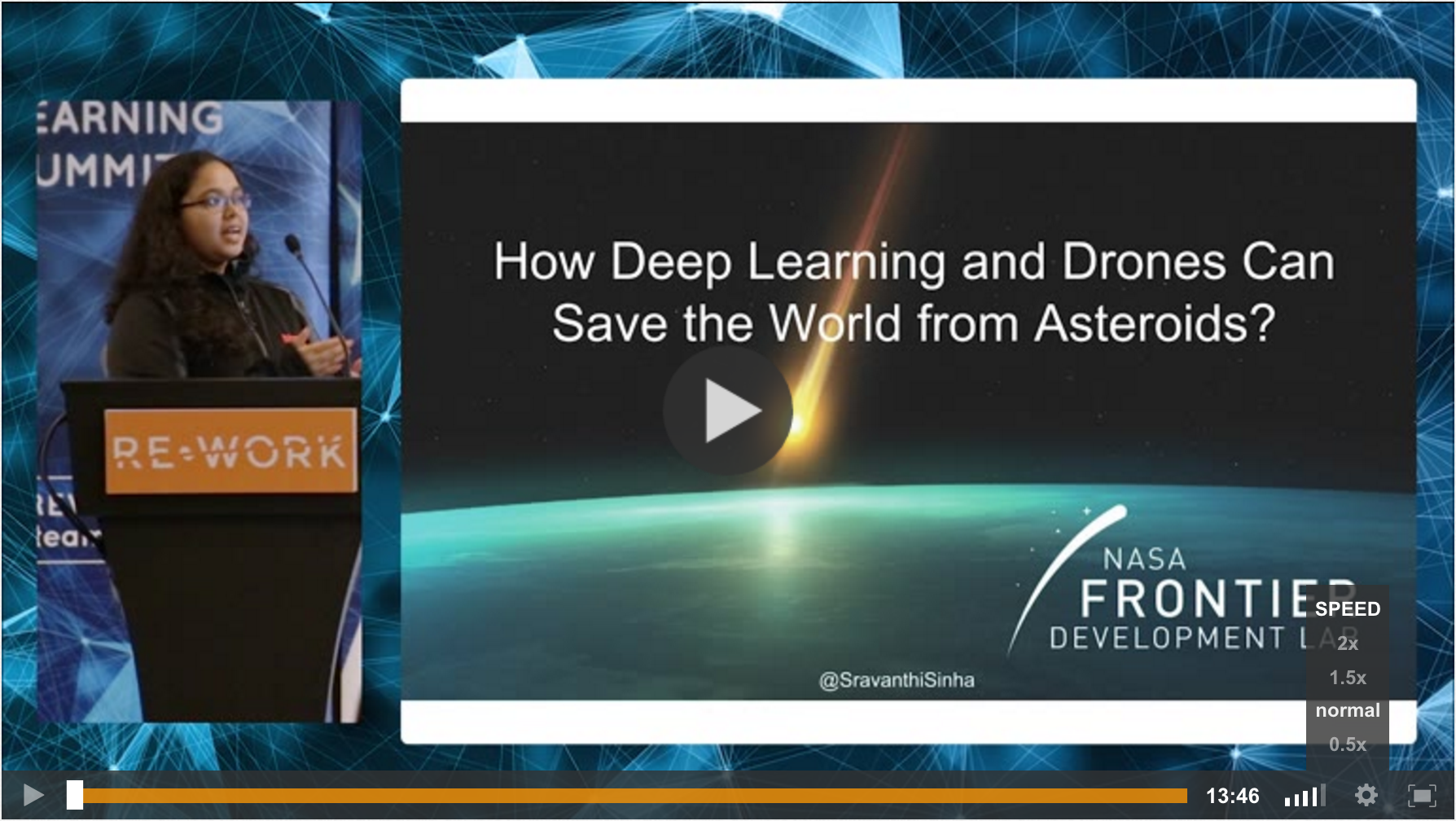 How deep learning and drones can save the world from asteroids? 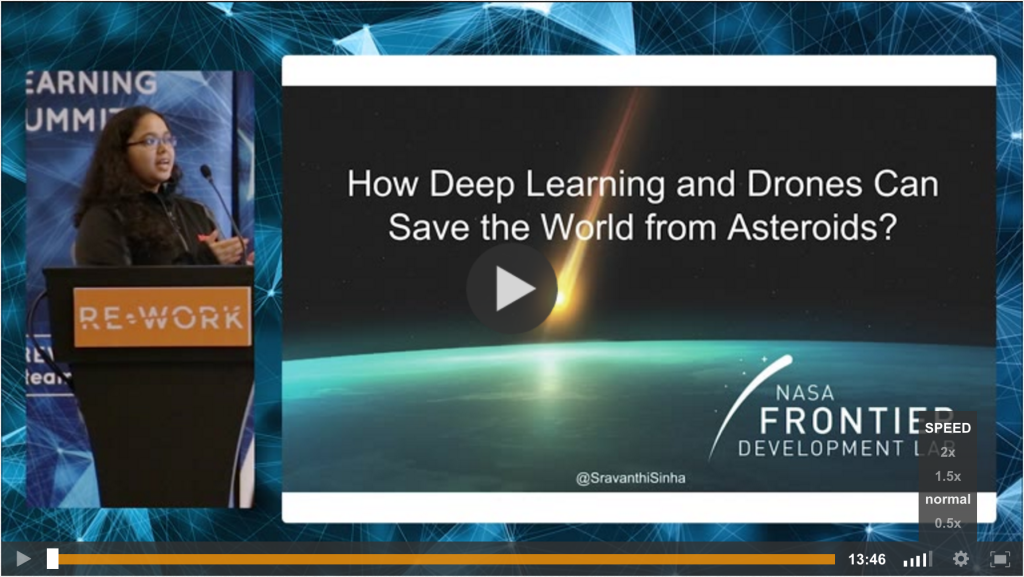 Sravanthi Sinha, from Holberton first batch, recently spoke at Recode Deep Learning summit in Singapore. She worked on improving the planetary defense using new ways to track meteorites, bad news: in only 3% of cases have meteorites been recovered. Good new: deep learning and drones can help.

Tell us about your work at SETI in the NASA internship.

I am working as a data scientist on a “breakthrough” project idea — developing an unmanned aerial vehicle (UAV) to aid in finding meteorites in the field. Currently, meteorites discovered on earth are identified visually through a labor-intensive manual search in the field. And these meteorites tend to be big. Smaller meteorite falls, which are more frequent, are hard to recover. As a result, the number of recovered meteorites on known approach orbits is small. My project is aimed at developing a small UAV — such as a commercially available quadcopter — equipped with cameras and onboard processors that can identify potential meteorite targets in the search areas calculated from triangulated meteor observations. This will make it possible to discover meteorites even from smaller falls. We’ll apply machine learning techniques to sample images in the lab and then the resulting search algorithms will be transferred to small processors on board the UAV. The machine learning will be developed using NVIDIA computing hardware – which will remain in the lab under NASA and SETI Institute control. We expect that the UAV, cameras, and onboard computing processing hardware will all be commercially available items.

What does it feel like to be selected for such a competitive internship?

It means everything and I am on cloud nine. I made many sacrifices to come this far and at the end of the day, it gives meaning to my life. It has always been my dream to work at NASA. This internship helped me fulfill that dream it and it’s just the beginning.

What is your background?

I grew up in India and I earned a bachelor’s degree in electronics and communication engineering from Jawaharlal Nehru Technological University in Hyderabad. Next, I was a student intern at the National Resource for Network Biology (NRNB) in 2012. I completed the Google Summer of Code in 2013 and 2014, first as a student and then as a mentor. I published WikiPathways: capturing the full diversity of pathway knowledge (2015) in Oxford Journals.

Why did you choose Holberton School for more studies?

I earned a Bachelor’s degree in Electronics but I didn’t have a chance to take a lot of hardcore computer science and programming courses. The curriculum mostly revolved around electronics and embedded engineering with limited software engineering coursework. Holberton School has an amazing vision of fixing the education system. Their coursework, with plenty of hands-on projects, was just what I wanted to transform myself into a full stack software developer. The curriculum is not limited to one language or one web stack. Every week we cover algorithm, low-level programming, front-end, back-end, sysadmin and devops. On top of those tech tracks, we also train on soft skills like networking, public speaking and writing which gives us more confidence and also a huge advantage vs tech-only developers. I am hooked on the program!

How is Holberton different in how it teaches compared to your previous education in schools?

At university in India, I attended classes all day, took notes and prepared for exams. But in the real world, a pragmatic experience is what always counts. At university, scoring a higher GPA was the only goal. There were some hands-on labs but mostly it was theoretical. Holberton School’s curriculum gives you challenging projects that teach you how to fix problems and build software.There are no teachers at Holberton School and the program teaches you how to learn instead of focusing on one specific technology. That makes a huge difference in how we address the projects and how we learn from it. The projects are not the conclusion of a class, but it is the source of knowledge. And at the end of the program, not only have you covered a lot of different technologies, but most importantly, because of the way we learn there, we are ready to take on any new challenges. That turns you from a rookie into a pro.

(Slides of the talk available here)