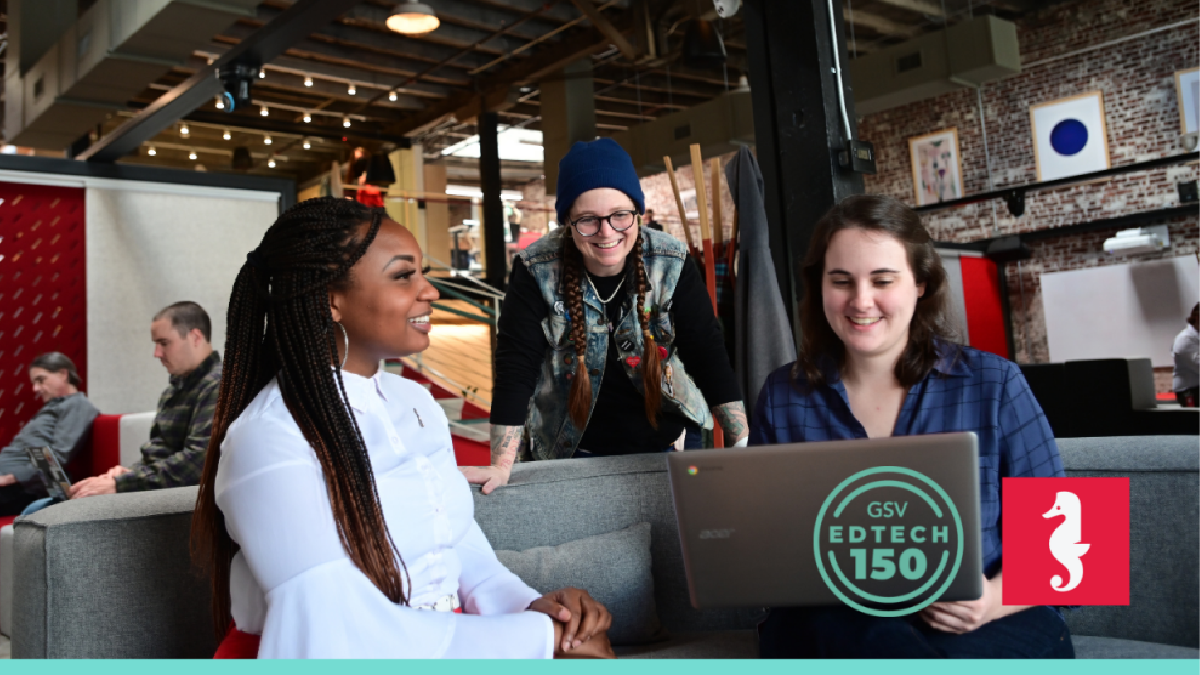 We are proud to announce we have been named to The GSV EdTech 150, which recognizes the world’s leading, most transformational education technology companies.

We were chosen from among 2,000 venture capital and private equity-backed private companies across several evaluation factors: revenue scale, revenue growth, active learner reach, international reach, and margin profile. GSV estimates that these 150 companies together reach approximately 3 billion people — close to half of the global population — and generate approximately $20 billion in revenue.

GSV launched its inaugural list of leaders in education technology in 2020 with the EdTech 50, and with rapid growth in the sector, increased this year’s list to 150.

“The Holberton School network has been providing a first-rate, software engineering education to many students around the world, with an education focusing on learning how to learn, in order to train them for the 4th industrial revolution. The Holberton team is delighted with this recognition, but I want to dedicate this award to our Holberton partners and Holberton Schools’ staff around the world, who are dedicated their lives to help their students,” said Julien Barbier, CEO, and founder of Holberton. “The world faces an increasing tech talent gap, which we are helping close one school at a time.”

“Congratulations to Holberton School for being selected for the GSV EdTech 150,” said Deborah Quazzo, managing partner of GSV. “When we launched the EdTech 50 last year, none of us knew the impact that a global pandemic would bring to education. COVID-19 brought 1.6 billion learners online overnight, ushering in the dawn of digital learning, and those we recognize today certainly met the moment. Holberton School has responded to unprecedented demand and growth with what GSV calls Weapons of Mass Instruction — and we look forward to seeing what you do next.”

To arrive at its listing, GSV evaluated more than 2,000 venture capital and private equity-backed private companies across several factors:

The GSV EdTech 150 list is evenly distributed between three major groups: Life-Long Learning, Higher Ed, and K-12. K-12 leads with 33% of the top 150 companies, with another 13% in blended K12/Higher Education companies. Workforce Learning and Adult Consumer learning together account for 37%, with Higher Education at 14% and Early Childhood at 3%.

The GSV EdTech 150 list is evenly distributed between three major groups: Life-Long Learning, Higher Education, and K-12. K-12 leads with 33% of the top 150 companies, with another 13% in blended K-12/Higher Education companies. Workforce Learning and Adult Consumer learning together account for 37%, with Higher Education at 14% and Early Childhood at 3%.

North America — specifically the United States — is the leading geography within the EdTech 150. North America accounts for nearly half of the list, with China and India at 18% and 10%, respectively. These markets combined represent over 73% of those included. Europe, the Middle East, and Africa are represented by 15% of the listing, with several high-quality, fast-growing companies such as Photomath, OpenClassrooms, Brainly, and GoStudent. Latin America — and specifically Brazil — is showing strong early trends, with Hotmart, Descomplica, and UOL EdTech all experiencing impressive growth.