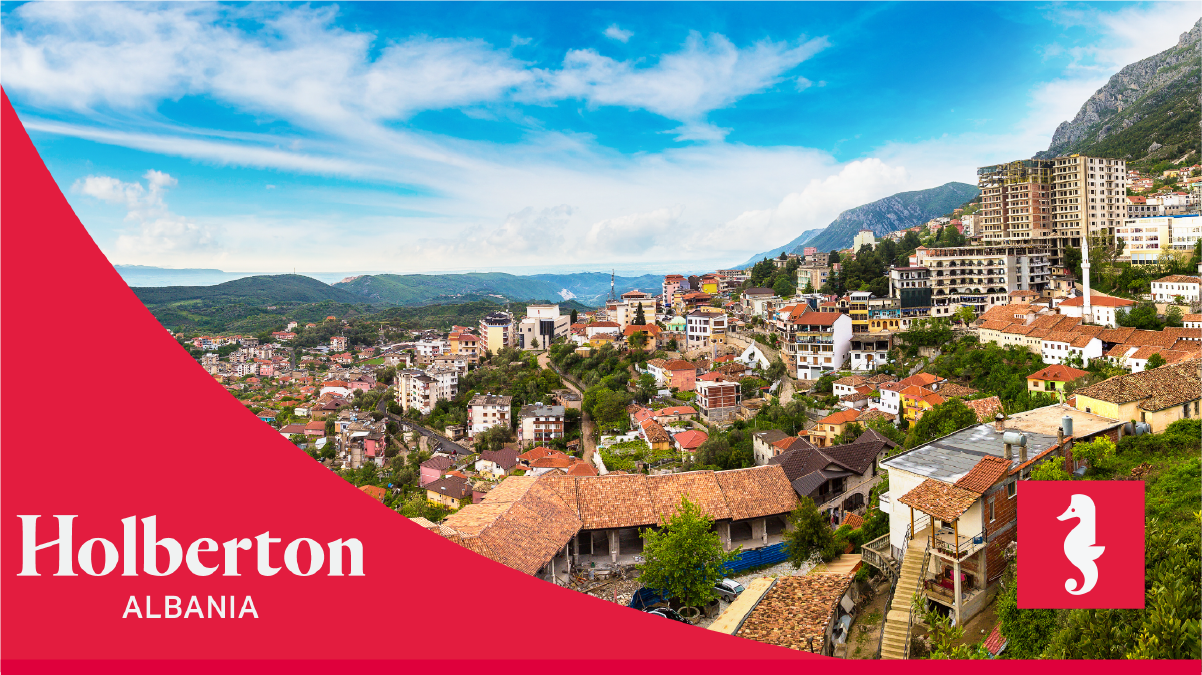 With the opening of a new Campus in Albania, we will help with the pent-up demand for qualified tech talent and education in the Balkan area and pursue our mission to help fill the IT talent gap in Europe, which is estimated at around 750,000 jobs by the European Commission. The location was chosen based on strong partners able to tap into the momentum created by the local government seeking to turn Albania into an innovation center. Tech training is front and center in this visionary government’s plans.

“Holberton School’s cutting-edge tools and broad scalability will play a key role in our efforts to ‘leapfrog’ forward and put the Albanian technology ecosystem on the map, and through it, catalyze the local economy,” said Arbi Mazniku, Tirana’s forward-looking Deputy Mayor.

In addition, Tirana is one of the most vibrant cities in Albania. It was selected as the European Youth Capital for 2022 due to the incredible combination of arts, culture, and entertainment. Add to this livability a low cost of living, and it is not a surprise to see an increase in ‘digital nomads’ choosing to live in Tirana. Holberton School Albania expects such internationals to join the Holberton School program alongside Albanians at its Tirana campus.

“The demand in the Albanian market for software engineers has doubled in the last year. Add to this the gigantic need for additional tech workers from nearshore markets. Holberton School provides the perfect platform for scaling up such coders’ training and producing talent to enter at a higher level than either bootcamps or traditional university programs. A true game-changer for Albania, and then the region!” says Grant Van Cleve, international angel investor and the Chairman of Holberton School Albania.