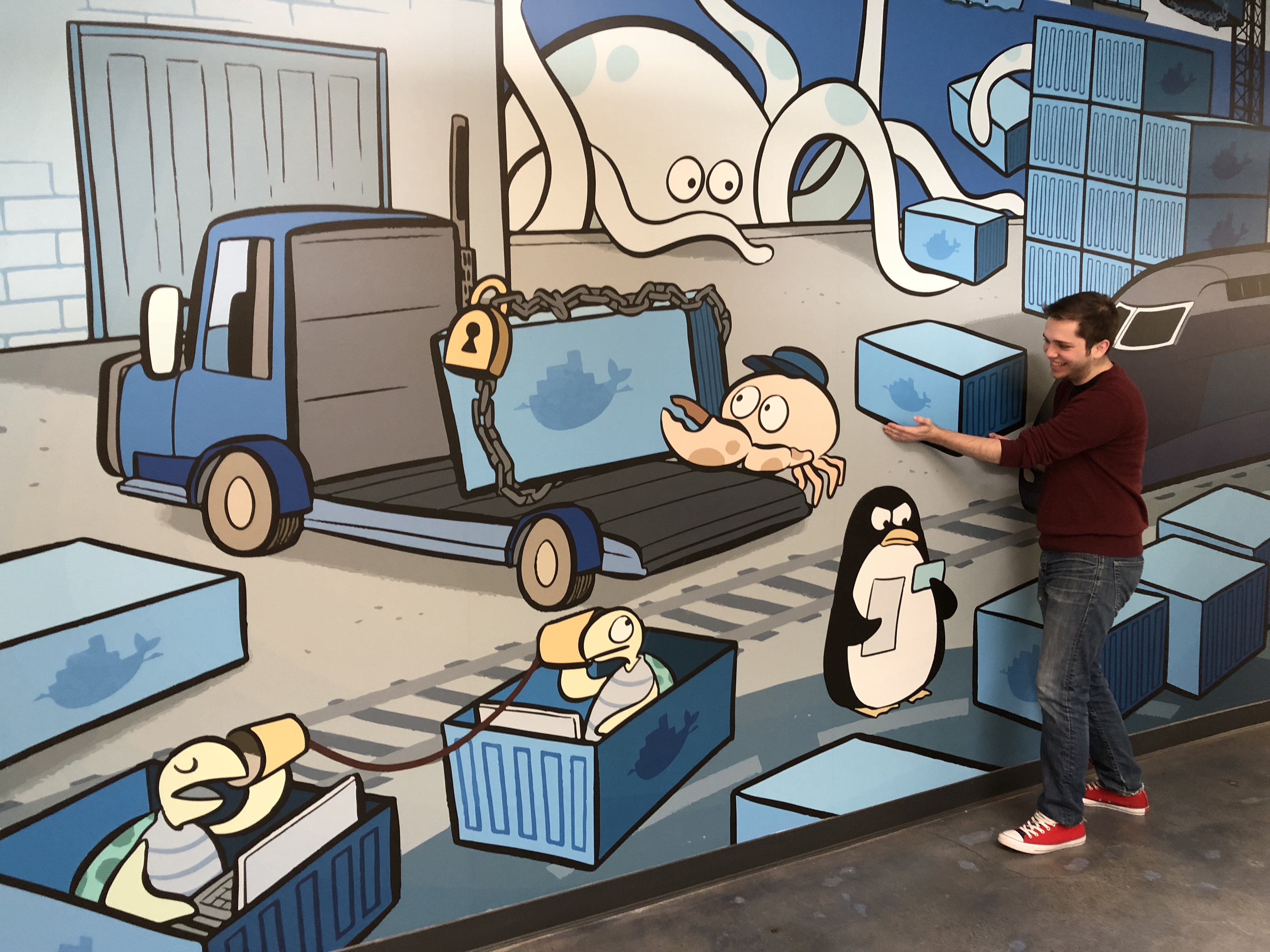 We’ve said it before and we’ll say it again; the varied student body is an integral ingredient in our Holberton School’s secret sauce. We look forward to having more high school students like Corbin Coleman join the Holberton School community. I caught up with Corbin over a complimentary (and tasty!) lunch at Docker HQ to chat about his time at Holberton, his internship at Docker and how his hard work has recently paid off with a transition from intern to full time software engineer!

Corbin’s story starts like a lot of American students, he graduated high school and decided that he would attend a community college to complete his general education classes. “I was accepted to a four year university but looking at how much debt you have to go into, I thought it was ridiculous.” While community college can be a more affordable option than university, the education model is based on passive learning where instruction is mostly about theory.  Corbin was looking for a more practical education where he would learn by doing, preparing him for the industry. Holberton School was a natural choice for Corbin with its project based curriculum, and the fact that there is no upfront tuition sealed the deal for him. “I did not have to choose between quality and affordability, Holberton was offering both.”

Not unlike many 20-somethings, while attending community college Corbin was working as a server during the “in-between” time after high school. It was during this time Corbin discovered Holberton School. “My dad first introduced me to Holberton. Then he explained to me that this school was the direct opposite of everything I didn’t like about traditional education.” This was the type of program Corbin could see himself succeeding in being that Holberton’s education model follows a project based and peer learning structure.

Fast forward to the point of the internship period in Holberton’s curriculum. “One of the key elements that got me prepared for job interviewing was white boarding.” Corbin explains that the built in technical interview practice increased not only his whiteboarding skills, but his confidence.

“Beyond the technical concepts, Holberton does a great job of making it [school] feel like what work feels like.” Corbin noted that the peer based learning structure prepared him to work on the software engineering team he’s a part of now in one of San Francisco hottest startup, Docker. “I learned how to communicate with people that didn’t come from the same background as me.” We’re increasingly seeing the trend in Silicon Valley of skills, not (necessarily) degrees. The soft skills we bolster at Holberton School bring that phrase to life and Corbin is here to prove it.

Corbin’s seamless move from high schooler, to server, to Holberton School student may show an unconventional path but he seems satisfied with his ultimate decision. “Because the way Holberton is run, and the way the curriculum is written I now have a skill set available of being able to teach myself new concepts.”