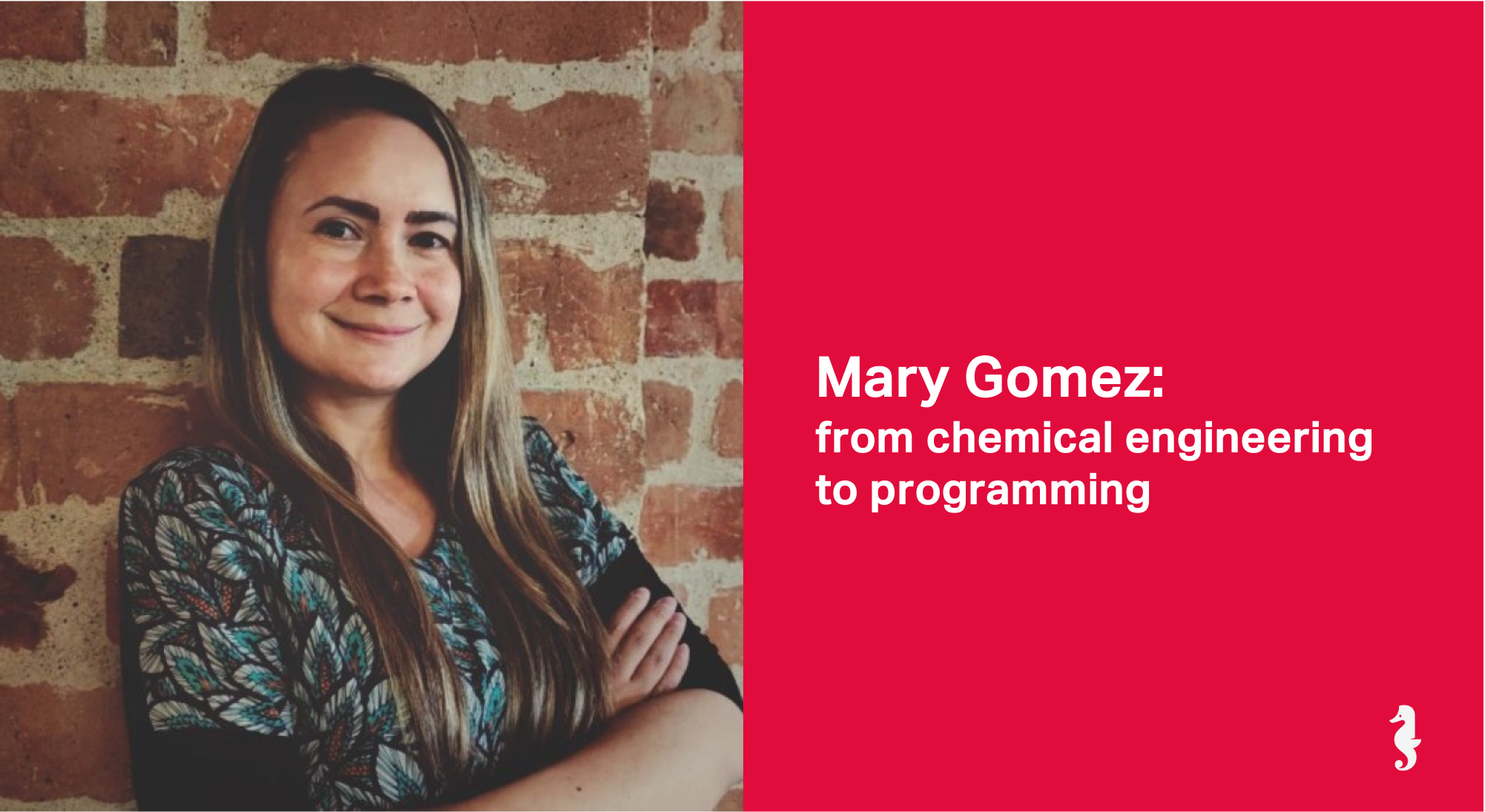 Mary Luz Gómez is a 36-year-old chemical engineer who worked for ten years on innovation as a product and project leader. One year ago, she quit her job at Kimberly Clark to pursue her new dream: becoming a Machine Learning developer.

Mary is a disciplined woman with clear goals and a persevering personality. When working for Kimberly Clark, she learned about technologies such as Machine Learning and Data Science. Mary remembered enjoying her programming classes back in college and knew this path was her future.

While looking for study options, she realized that traditional education was not right for her because she learned much better with practical projects. During her research, Mary found out about Holberton school’s project-based learning methodology and was drawn to it because she felt “Holberton is very similar to how we work in companies.”

Mary found the admission process fun because it challenged her to learn new things. She barely knew anything about programming and had never made a website, but she passed and started the program in September 2019.

“I didn’t want to be left with the question of What if I’m a programmer? I was passionate about innovation and technology, so I decided to do it,” she remarked.

The first day in school was difficult: she remembers crying when she realized the day was over, and she still hadn’t been able to do the assigned project, but she knew the idea was not to give up. Her peers were always there to help, and she is grateful for it.

One of the reasons that led her to choose Holberton was its Income Share Agreement (ISA) payment model: “I found it very inclusive. I will be delighted to give every cent after I graduate with the guarantee that someone else will have the opportunity to study,” Mary said.

While finishing the first part of the curriculum last June, Mary had the opportunity to work with Skillshare for her final project at Holberton. After starting the Machine Learning specialization, the company decided to hire her as a Software Engineer. So she decided to seize this great opportunity and paused the Specialization for the moment.

“I don’t have a plan for the long term, but I like to bet on what I’m passionate about. Today I have a new career and new goals. My next step is to finish the Machine Learning specialization and continue to challenge myself,” concludes Mary.

Holberton School Colombia was the first international campus that opened in Bogotá in 2019 with 50 students. Since then, it has grown to three more cities: Medellín, Cali, and Barranquilla and now it counts more than 700 students in Colombia. You can join one of the campuses for January 2021: Applications are open!