Rona: The Intermediate, This Could Be a Great Opportunity
Rona comes to Holberton School with a bit more insight into the tech industry even though her major in Sociology had nothing to do with coding. However, it had been a hobby of Rona’s younger self, having played around with HTML and CSS. 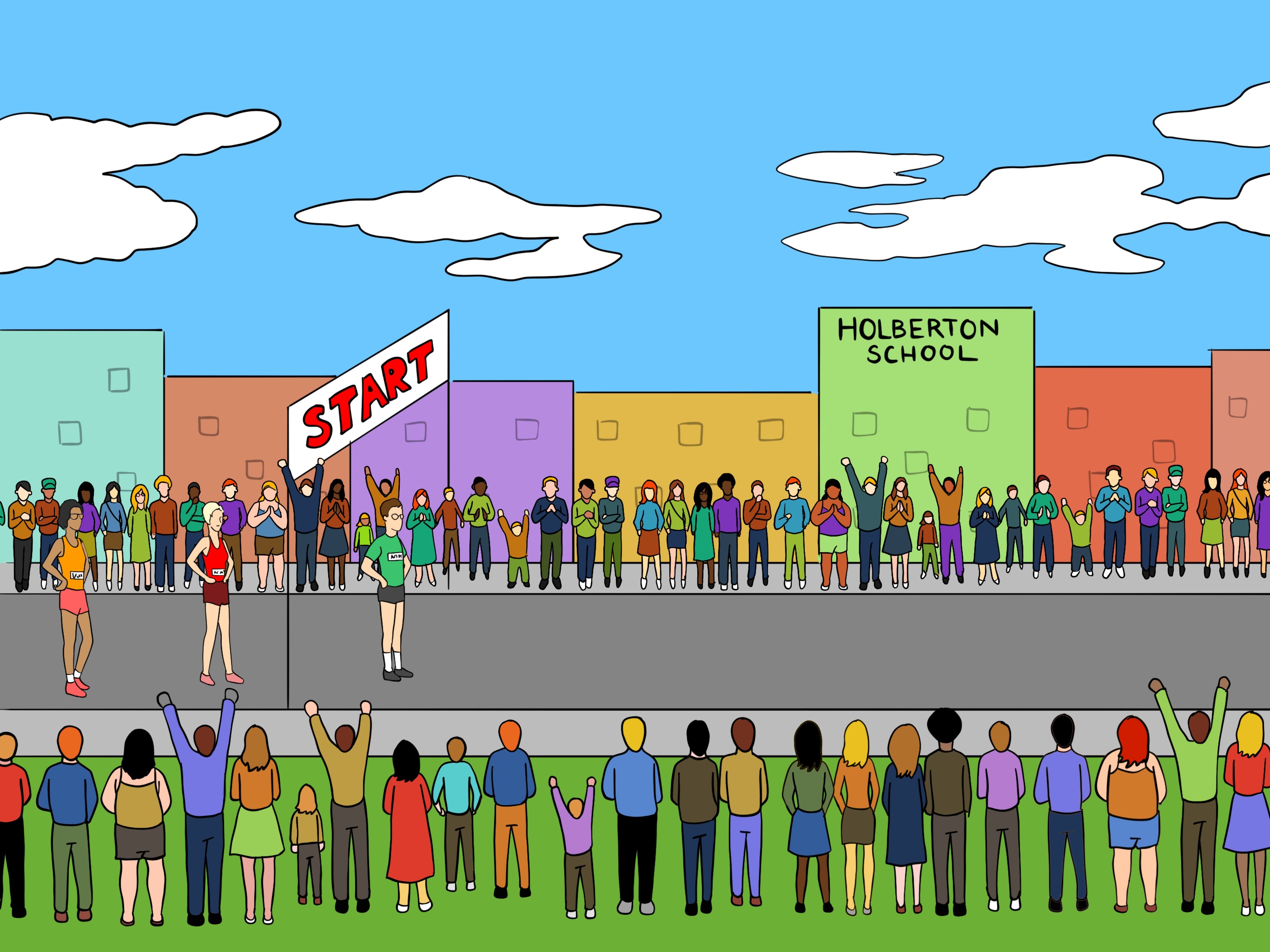 Q: How did you find out about Holberton?

Rona: I actually heard of Holberton through word of mouth, from my sister. She knew they were just starting up and she had seen their TechCrunch article. She came back to me and suggested that I apply. There were a few reasons for that, but mainly because I was unemployed and I was still figuring out what my next steps were. When my sister and, in turn, myself, heard that it was free, it was two years long, and that they had this big, almost radical vision about what they wanted to do and how they wanted to rethink education, specifically educating people for tech careers it just seemed cool. It seemed hard to turn down.

Q: Tell me a bit about the application process.

Rona: It wasn’t that painful. It was a series of challenges to find information. There were two types: going out and finding the information to solve a problem and then sharing information about yourself. I think the biggest part was [building] the website. I remember thinking this is a promising area to go into, because I got really into the project. I took a course for an intro to programming when I was in college and it went alright… I managed to learn whatever they were trying to teach me but I wasn’t sure if that meant I was good at coding or I just took a college class.

Q: What are the main differences between the previous course you took and Holberton?

Rona: The main difference is that the instructor would walk us through the whole approach from the beginning and you kind of watch and see ‘ohhh, that’s how you do it’ and barely keep up with their problem-solving approach… then later when you get to the problem step, you apply that yourself… which is very different from the Holberton style. It worked but I’d have to say that watching someone solve it for you made me insecure around whether I’d be able to come up with the pieces to solve the problem on my own.

Q: How does Holberton have you approach a problem

Rona: At Holberton, it’s a lot more of an intimate process where it’s you, and the problem, and your peers … I’ve really enjoyed having a lot of freedom in approaching every problem myself. Basically, they say ‘this is what we want to see at the end’ and you have to work on the problem from there.

Q: When you were applying what was the mood amongst your family and friends?

Rona: We mostly discussed with my mom. We weren’t sure how she would take it since there were no previous students [Batch 0]. She wondered if I was going to be able to get a job. We had to convince her it was the right decision.

Q: How did you convince her?

Rona: We just talked about the people who were founding the school, and our brother was in the tech industry so I think we were also relying a bit on knowing that people went into tech that were just self taught and managed to have very good careers. She started off at ‘oh, I don’t know if this is right’ but now she’s happy we did it.

Q: What were you doing at Dropbox?

Rona: I was there under their apprenticeship for SRE so I was embedded in their databases team. I had one really big project in the beginning. It was cool because I got to walk through all of the steps- thinking through how to code, to deployment, then monitoring, and patching when necessary.

Q: Walking into Dropbox did you feel confident with your skillset?

Rona: I felt pretty confident. I would almost say I had some hubris because at Holberton we break things down all the time, making me feel like I’m going to do great but, walking into Dropbox I realized the depth of technical knowledge that can be had and how people have an expertise after being in the field for 5-10 years it kind of reset my thinking to realizing there is so much room to grow which is both intimidating and cool. I do think Holberton put me in a good place to tackle the challenges that came, though.