Today, we are thrilled to announce the official launch of Holberton School, an alternative to college to become a full-stack software engineer, in two years. We’ve been working around the clock for months and we are now ready to welcome our first class, starting January 2016. Applications are now open!

A new kind of education

Using project-based learning and peer learning, our mission is to train the best software engineers of their generation.

At Holberton School, there are no formal teachers or formal courses. Instead, everything is project-centered. We give our students increasingly difficult programming challenges to solve, and give them minimal initial directions on how to solve those challenges. As a consequence, students naturally look for the theory and tools they need, understand them, use them, work together, and help each other. They will also regularly interact with industry mentors from small to big companies, including Facebook, Google, Instagram, LinkedIn, Uber…

Learn how to learn

As the world is changing faster and faster, we do not teach our students specific programming languages, frameworks or tools, because nobody can predict what will be required of engineers in the future.

Instead, Holberton School teaches problem solving. Students learn whatever they need to accomplish an objective. They find solutions to problems using offline and online resources, imagination, creativity and communication. By doing so, they will be able to adapt faster to unknown challenges they will face in their career. 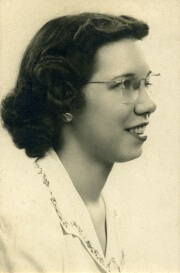 Our school is named after Betty Holberton who was a software pioneer:

And she has done all this despite being victim of discrimination: on her first day of classes at the University, her math teacher asked her if she wouldn’t be better off at home raising children…

We believe that Betty Holberton is a good reminder that women are at the core of software engineering and that more diversity in tech would have a big positive impact. No matter the gender, sexual orientation, nationality, ethnicity or social status, everyone should be given the chance to become the next Betty Holberton.

Applications are now open for our class, starting January 2016 in San Francisco. Our selection process is based only on talent and motivation, and not on the basis of educational degree, or programming experience.

Rudy, Julien, and I, as well as the whole mentors team can’t wait to meet with the first Holberton School students! Apply now!