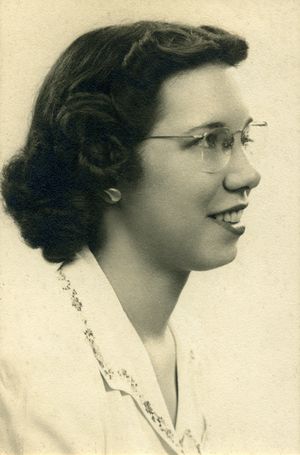 Frances Elizabeth “Betty” Holberton (March 7, 1917 – December 8, 2001) was one of the six original programmers of ENIAC, the first general-purpose electronic digital computer. Not discouraged, but spurred on when a math professor at the University of Pennsylvania asked her if she wouldn’t be better off at home raising children, Holberton computed ballistics trajectories during WWII and later also participated in the development of early standards for the COBOL and FORTRAN programming languages with Grace Hopper. She is literally one of the mother of the software technology that is all over our life!

And so, when my fellow co-founder Julien Barbier and I founded Holberton School to bring Full Stack engineering skills to those who have previously been denied access, Betty seemed like the natural “giant” for whom to name the school.

And we think she would be proud. In little over a year, more that 50% of our students are women and people of color. And they are succeeding!

Happy Birthday Betty, and thank you for the inspiration!