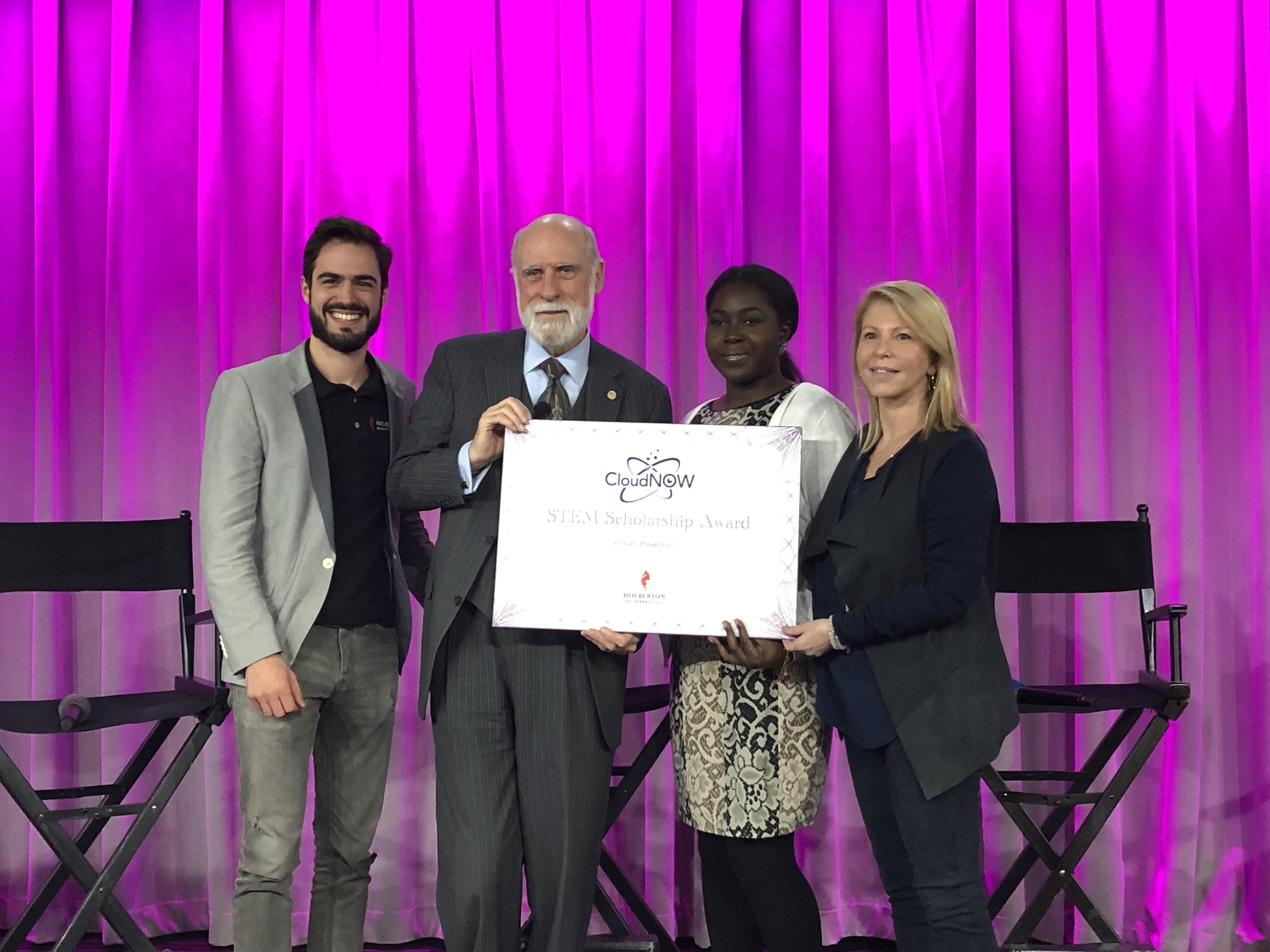 We Get By With A Little Help From Our Friends

One of Holberton’s goals is to eliminate barriers to high-quality education. On top of having a no upfront tuition approach, we are going further with fundraising to help our students in need pay for living expenses. Holberton was invited to the Annual Top Women in Cloud Innovation Awards event hosted this year at Google where four students were awarded with Cost-of-Living Scholarships.

We’ve had the pleasure of teaming up with Google, Scality, and Accenture with this goal in mind. The total cost of living in San Francisco is 62.2% higher than the national average. When you take a look at the cost of housing in the San Francisco area — it’s about three times more than other cities in the U.S. Each of these organizations has helped alleviate the city’s cost of living for the four scholarship recipients. This initial round of scholarships were organized by CloudNOW’s facilitation of the fundraising. The CloudNOW STEM Scholarships are funded by Accenture, Google and were first announced in September, as a way to help students to pay for living expenses while attending Holberton.

Holberton believes that the cost-of-living should not hinder a student’s ability to attend the school and focus on their studies. “Holberton gave me another path after my goals were no longer served by traditional education, despite leaving me with a mountain of debt,” said Kristen Loyd, 26, of Brentwood, CA. Loyd is a former account relationship manager at an investment firm. “My only challenge was making ends meet until I could find a job and now Accenture has stepped in and relieved me of a great burden, for which I thank them.”

Another scholarship recipient, Tope Agboola, has been juggling her time between Holberton’s intensive curriculum while maintaining a full time job. Her motivation and dedication made it a no-brainer for us to acknowledge her hard work with a bit of financial assistance.

We could not let Lindsey Hemenez’s dedication to her newfound passion go unnoticed. Lindsey was living in Elk Grove, California. Doing the math for you folks, that’s 6 hours of commuting a day. Lindsey was a rockstar at budgeting her time on the train so she was able to work on projects. The 6 hour commute soon became untenable, resulting in Lindsey having to move closer to the city. Although her commuting hours have shortened, the close proximity to the city has increased her financial stress.

New to the Holberton family, Miranda Evans is someone to keep an eye on! She’s decided to pursue a path to being a full stack software engineer via Holberton School. This decision, however, comes with it’s sacrifice of putting a pause on receiving an income in order to place her full attention on the curriculum.

All of these women strive to push the ball forward in integrating more women into the field of software engineering. With the helping hands of our corporate partners we are confident that they will find their way to success!

Shoutout to Jocelyn DeGance Graham who played an integral role in organizing not only the funding for the scholarships, but also in coordinating the Top Women In Cloud event, along with Susan Wu. We look forward to to our continued work towards the goal of eliminating barriers to high quality education.  Want to help us with training a highly qualified and diverse group of Software Engineers? Become a Corporate Partner and help by funding or recruiting our students.