Holberton > Meetups > Docker + Holberton Hackathon = A Whale Of A Time

Holberton School students recently participated in a 24-hour Docker Hackathon! While there were various cool hacks, there were a few that stood out; placing these teams as 1st, 2nd, and 3rd place winners. Let’s take a look at the hacks that won these budding software engineers tickets to the most coveted container community event in tech – DockerCon! 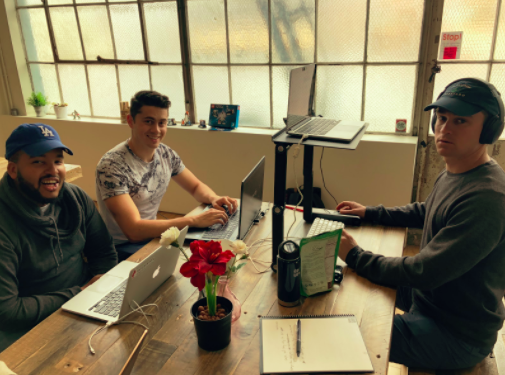 Isaiah Becker-Mayer, Spencer Taylor, and Nick Teixeira: We wanted to make a container image that would act as a data science lab that you could work out of. It’s really hard for people who work with data to recreate the same circumstances that produce a given result.  Different operating systems and computer specs make this really difficult. Using the container you’re able to save a snapshot (Docker Image) of your current lab with the same operating system and specs,  and send it to your colleagues so they can reproduce the results. 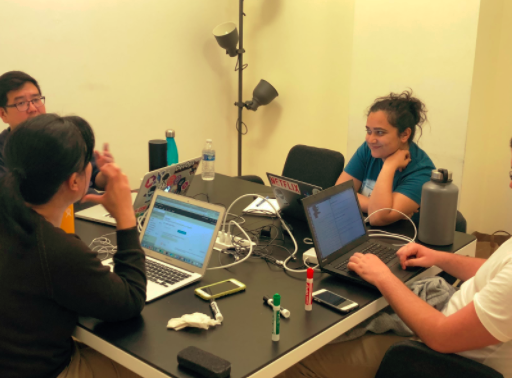 David Yoon, Sue Kalia, Yunju Chen: Docklio! (the name comes from Docker + Twilio) If you already have your Docker environment set up, how about deploying your app with a single push of the button? That’s what we want to achieve with Docklio — to make system admin’s lives easier. Docklio allows users to control their Docker containers by sending text messages and Docklio will send back a message to confirm the container status. 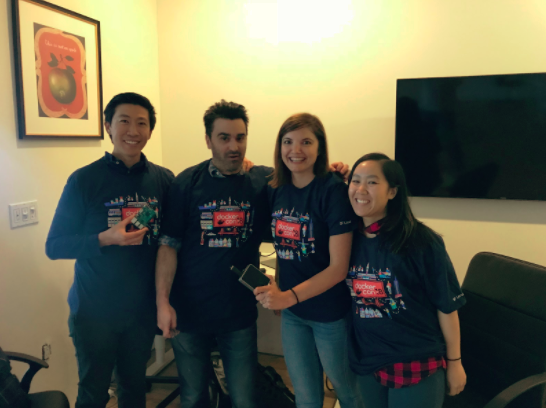 Katya Kalache, Kim Wong, Spencer Cheng, Stuart Kuredjian: Our goal was to learn more about how Docker can enable a scalable distributed system on both virtual and physical machines. We decided to run a image recognition model using three Raspberry Pis and set up a three node swarm cluster using Docker. One node was set up as a swarm manager which executes and distributes commands to the two worker nodes. We also explored the OpenFaaS framework, developed by Docker Captain Alex Ellis, a scalable framework for building server-less functions with Docker swarm.

These hackers have skills and will soon be in search of their first software engineering gigs! Thanks to folks like our mentors and volunteer hackathon judges, these students are able to fine tune their skills with the advice of industry professionals! Shoutout to Mason Fish and Andrew Hsu for volunteering their Saturday afternoons to help judge the hackathon presentations! The support these two gave to the hacking efforts will not soon be forgotten!